An early title from chronic fatigue sufferers captures the sense of how people with the illness feel. Gregg Charles Fisher published Waiting To Live: The Debilitating Effects of Chronic Epstein-Barr Virus in 1987 (Upper Montclair NJ: Montco). Our daughter-in-law Juli Grose first contracted mononucleosis, the Epstein-Barr virus in 1987 while at college. After their marriage, our son Paul also came down with the illness. After they moved to Portland, OR, I recall visiting them in the middle of the day—both in bed. Waiting To Live helped alleviate our and our children’s worry that they had something unknown. Although researchers’ recent efforts have produced greater understanding, our children are still without treatment for their illness. Both Paul and Juli, trained in piano performance, graduated a college conservatory of music. Our son also majored in ethnomusicology. Today, #meawarenesshour helps patients raise awareness of their plight.

Early treatment for CFS consisted of going to an expert in the field, the only one in our city. The doctor prescribed anti-depressants for his diagnosis of “depression.” Our children resisted the diagnosis. Both were active (before becoming sick), type A personalities. They knew they were not depressed, at least as a cause of the illness. By virtue of their inability to use the toilet, or do anything, except lay in bed all day, they acknowledged feeling depressed over that.

It’s now 2020 and our adult children, like #MillionsMissing around the world, are still “Waiting to Live.” Much of the medical profession during this time has been uninterested, or worse, focused on the “psychogenic” nature of the illness. It’s true that all medical tests came back normal, thus leading physicians to doubt their patient’s self-reports. Only one doctor, however, a Doctor of Osteopathy (DO), whose son and wife had CFS, really helped. He also had fibromyalgia. He was out of state, however, necessitating exhausting 2-hour flights for our kids. One other person’s treatment helped, a biochemist forced to treat patients out of country because of being prosecuted for “practicing medicine without a license.” Now our kids are on innumerable supplements that cost them (and both sets of parents) hundreds of dollars monthly. Keeping their household viable continues to challenge both sets of parents, now in our 80’s.

Whitney Dafoe illustrates the debilitation that results from ME/CFS. The stepson of Dr. Ron Davis, Director of the Human Genome Institute, Stanford University, Witney was a normal young man until his illness. 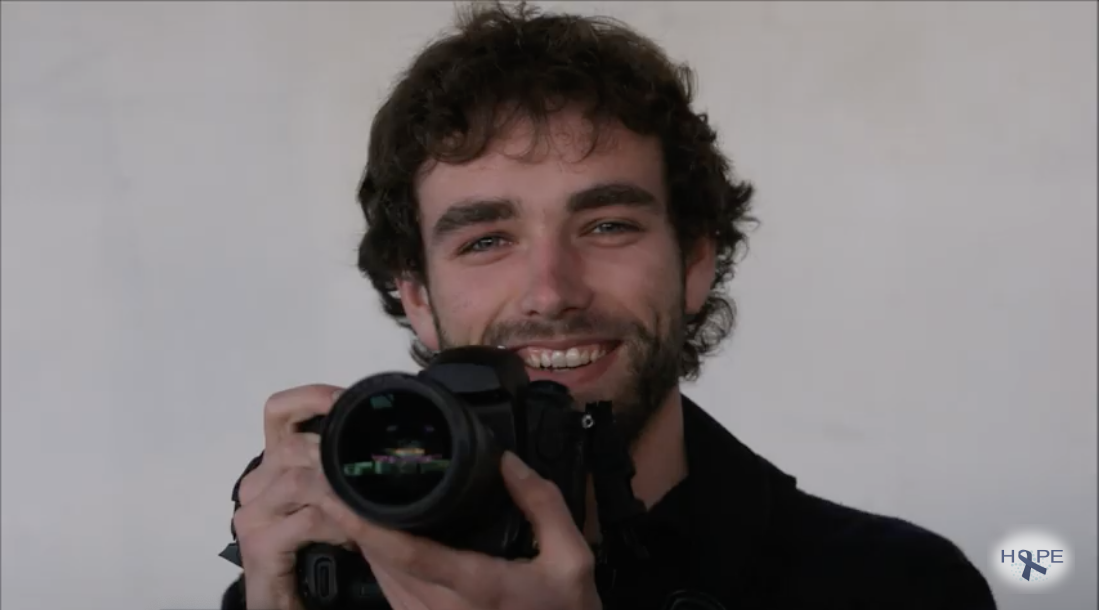 Whitney Dafoe before his ME/CFS illness 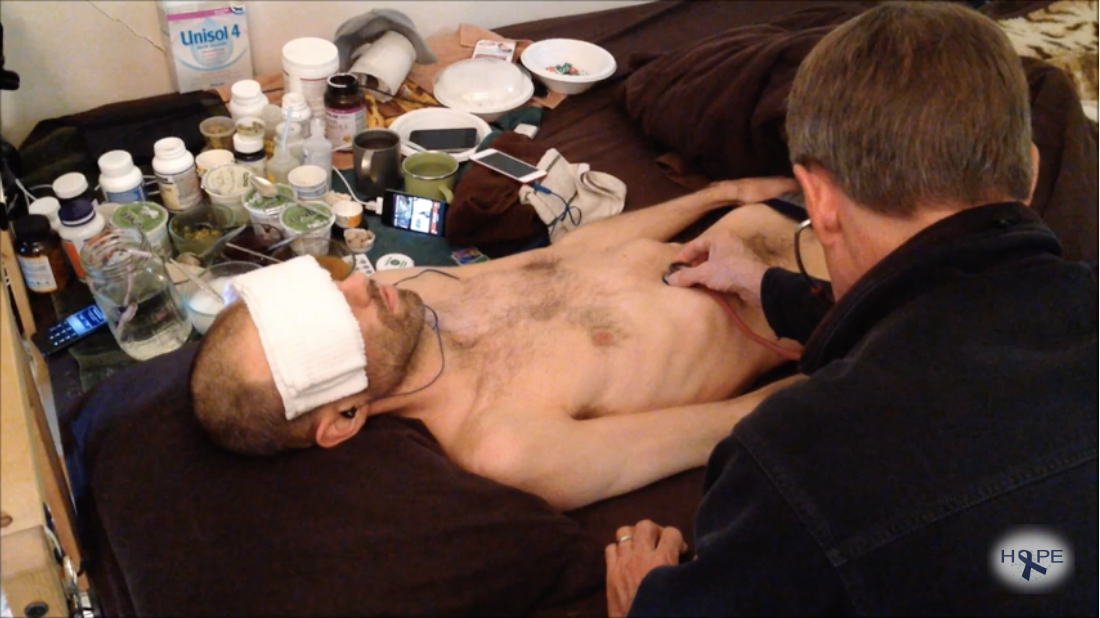 Whitney Dafoe after his ME/CFS illness

Until very recently,  the medical profession, has been unwilling to examine this illness more closely. Ron Davis, Ph.D., however, because his stepson Whitney Dafoe’s health deteriorated seriously with CFS (now renamed Myalgic Encephalomyalitis, or ME/CFS) hangs now between life and death. You can read his story here: https://www.facebook.com/MECFSFoundationSA/posts/excellent-article-by-whitney-dafoe-on-his-story-of-mecfsthe-link-is-httpwwwwhitn/953918088062885/. The Open Medical Foundation (https://omf.ngo) has dedicated itself to finding a successful treatment for this debilitating illness. The Jackson Laboratory also has focused on ME/CFS research (www.jax.org). Finally, researchers have uncovered biomarkers to differentiate normal from ME/CFS patients.

Because of their extreme weakness, patients have largely been unable to raise awareness for the need for successful treatment—until now. Every Wednesday, at 8:00 p.m. London time, they gather online through Twitter to raise awareness of ME/CFS. #MEawarenesshour occurs simultaneously in all time zones to create maximum impact. Too ill to march, write letters, or make phone calls to demand more research or better treatments, these patients focus attention on their plight and the plight of millions like them. They aim to create a trending topic that journalists, doctors, and researchers will notice. #meawarenesshour helps patients raise awareness of their illness.

#MEawarenesshour also helps patients feel less alone, enables them and their loved ones to connect with concerned others, and provides an opportunity to share vital resources to help encourage the ill. Patients also can, through #MEawarenesshour, share their struggles and injustices they face daily. They invite you to join them each Wednesday on Twitter. You can help patients like Paul and Juli by joining Twitter and sharing the #MEawareness hour. Paul has written a personal account of his and Juli’s experience @https://www.gordongrose.com/chronic-fatigue-…fs-ii-guest-blog/

Learning to “Tweet” is easy, after setting up an account. To do that, go to https://twitter.com  to set up an account. The #MEawareness hour now includes patients from over 20 countries around the world.

Gordon Grose loves most to write, speak, and preach on the message of hope from the book of Job. Using drama, video, and PowerPoint, he has preached and presented this message of hope to churches around the country. Grose pastored three congregations 25 years, then served 12 years as a pastoral counselor in a Portland, Oregon counseling clinic. He now serves with Good Samaritan Counseling Services, Beaverton, OR. A graduate of Wheaton College (IL), Gordon-Conwell Theological Seminary, Brandeis University, and Boston University, he comes from a rich and varied background in theological and counseling training. In 2015, Gordon published Tragedy Transformed: How Job's Recovery Can Provide Hope For Yours, a book about turning to Job for hope after tragedy. If you have experienced life challenges or personal tragedy, visit his Transforming Tragedy (gordongrose.com) blog to learn more. TragedyTransformed.com provides a sample of Gordon's speaking as well as an opportunity to purchase copies of his book.
View all posts by Gordon Grose →
This entry was posted in The Sufferer. Bookmark the permalink.