A Journey of Job’s Story I 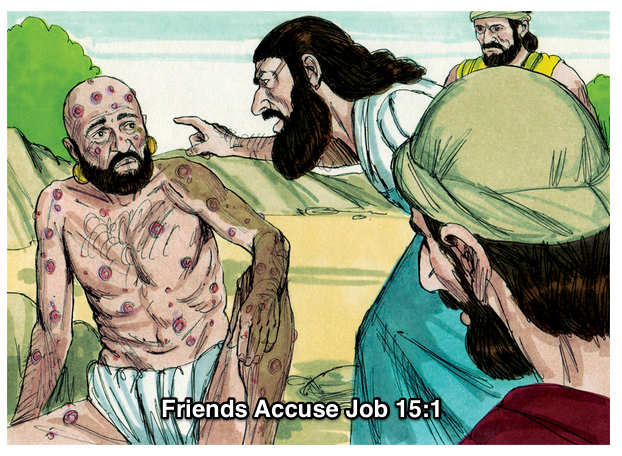 “Job is my favorite book of the Bible,” people tell me. I have usually told them about my having written a book on recovery based on the Book of Job. I think I know what they mean. With all that Job went through (and it’s hard to imagine much worse) their own problems seem minuscule. Job’s story gives them hope they will survive their struggles.

If they go beyond the almost naive story line in Chapters 1 and 2, however, I’m afraid a reader runs into a buzz saw of desperation, depression, argumentation, and misrepresentation, chapter after chapter. That naiveté, in fact, is deceptive. Nearly halfway through, they find a respite in Chapter 28, which has a mellow, almost serene tone, but I doubt they’ve read that far. That chapter ends, however, where the book and Job begins, still without resolution (1:1; 28:28). People also quote me from the Lord’s speech, Chapter 38.

My love for the Book of Job

I’ve loved the Book of Job since my days as a masters candidate at Brandeis University, Waltham, MA (1960). My instructor Nahum N. Glatzer, author, The Dimensions of Job and a Jewish refugee from Nazi Germany, helped bring the debates to life as he clarified the distinct viewpoints of Job’s Friends, or better Wisdom Colleagues. While they all agree that Job’s sin had brought down his disasters, each drew on a different authority to buttress his view. From then on, I was hooked.

Not until I read Norman Habel’s Job, A Commentary (1985) did I get as excited about Job again, many years later. Habel’s demonstration of the intricate theological and literary strands, the double entendres and careful rebuttals of one character of the other in the book again awakened my enthusiasm.

Then, the Rev. John Fisher, Pastor of Rivergate Church in North Portland, after a workshop presentation on Job there, suggested I write a book on the subject. I quickly dismissed the idea, but eventually warmed to it. I didn’t think people really understood the book, no matter how much they said they loved it. I didn’t think people benefitted from the book, given they didn’t read the middle section. I didn’t believe people could find help for the crushing tragedies they experienced, such as the ones Job faces.

Therefore, I determined to write something that would use a large portion of God’s word (42 chapters), usually closed to people’s genuine understanding, to help them in a hopeful, practical way through their difficulties. I retired from my work counseling at Western Psychological and Counseling Services at the end of 2003 to devote myself to writing.

Why Do We Need A Book on Job?

I recently met someone in their 60’s in a New Age religious movement. “After a young girl died in an auto accident, the (denominational) minister told the youth group she died because she had disobeyed God. After that,” my new acquaintance said, “I knew I could no longer be a part of a traditional church.” For over 50 years, this woman has rejected the Christian community because of a misrepresentation of the cause of tragedy.

The need is great: How do we deal with life after devastating tragedy, especially in our relationship with God? That age-old question people never tire of asking. It’s the basis of much of atheism, of rejection of orthodox Christianity (although we have a crucified Savior), and the questions of people of faith, who, in adversity, doubt God’s goodness.

Gordon Grose loves most to write, speak, and preach on the message of hope from the book of Job. Using drama, video, and PowerPoint, he has preached and presented this message of hope to churches around the country. Grose pastored three congregations 25 years, then served 12 years as a pastoral counselor in a Portland, Oregon counseling clinic. He now serves with Good Samaritan Counseling Services, Beaverton, OR. A graduate of Wheaton College (IL), Gordon-Conwell Theological Seminary, Brandeis University, and Boston University, he comes from a rich and varied background in theological and counseling training. In 2015, Gordon published Tragedy Transformed: How Job's Recovery Can Provide Hope For Yours, a book about turning to Job for hope after tragedy. If you have experienced life challenges or personal tragedy, visit his Transforming Tragedy (gordongrose.com) blog to learn more. TragedyTransformed.com provides a sample of Gordon's speaking as well as an opportunity to purchase copies of his book.
View all posts by Gordon Grose →
This entry was posted in Friend of Job, Hope for the Hurting. Bookmark the permalink.