On October 29, 2012, Hurricane Sandy took the lives of nearly 150 people and destroyed or damaged 650,000 homes in and around New York City and New Jersey. So, preoccupied with our own grief and loss today, what relevance would the ancient story of Job have? In December last year, in fact, professional actors used Job to stimulate interaction around the anniversary of Hurricane Sandy.

Zach Grenier from The Good Wife and 24 assumed the lead role of Job, with Kathryn Erbe of Law and Order: Criminal Intent, and David Strathairn of The Bourne Ultimatum and Lincoln assisting. The actors gave a 30 minute reading, then invited members of the audience, many of whom were first responders, to join the discussion relating their experience to the poem of Job. 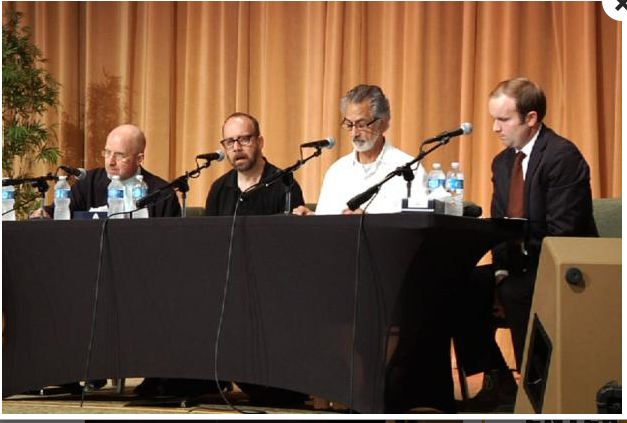 “Job is a righteous and upstanding human being who, in the span of a few hours, loses everything,” said Bryan Doerries, artistic director of Outside the Wire (http://www.outsidethewirellc.com/), a social impact theater group, who staged the performance. The company performed “Job” in several communities impacted by Sandy, including Far Rockaway, Massapequa, and Staten Island.

Ancient Job may be more relevant to us than we think.

Have you experienced the loss of someone dear? Have you endured a natural disaster? How did you survive? When did you last read Job’s story? In what ways does your experience relate to his? What questions would you ask him?