Dispelling Myths About Psychiatry I 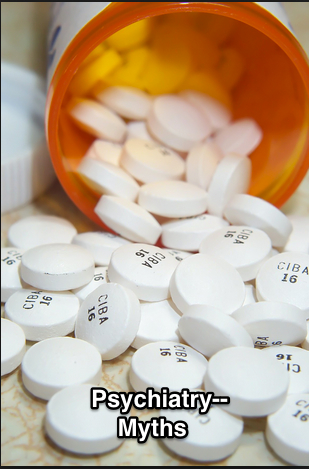 Many people believe that psychiatric conditions aren’t as well defined as other medical diseases, that psychiatric treatments aren’t supported by as much scientific evidence, and that they don’t work as well as other medical treatments. Dr. N.L. Stotland, in her Presidential Address to the American Psychiatric Association, confronts many of the popular myths about psychiatry. This is important because many people, including many Christians, have doubts about the effectiveness of psychiatric treatment, doubts which hold them back from getting help they need. Here are some of the questions Dr. Stotland raises and her answers:

1. Are psychiatric conditions nothing more than labels for normal behaviors? Is a person with social anxiety disorder, for example, just shy?

Differentiating psychiatric conditions from normal is no different than deciding what level of blood pressure is ‘hypertension.’ A condition rises to the level of disease when it handicaps a person, is associated with bad outcomes, and/or can be treated — in psychiatry just as in the rest of medicine.

How does diagnosis work?

2. Do psychiatrists just sit around and vote psychiatric diagnoses in or out of the diagnostic manual?

Specialists look at the evidence, then judge the criteria for medical diagnoses. The difference between a benign tumor and a cancer is a matter of how many sick cells appear under the microscope. Of course, oncologists have to make that decision, and they presumably they have some sort of vote to make it official. Psychiatrists do likewise.

3. Do we know more about what causes other diseases than we do about the causes of psychiatric illnesses?

We all know that diabetes is caused by the failure of the pancreas to secrete normal amounts of insulin. But what causes that? We say it’s an autoimmune condition — the body attacks its own insulin-secreting cells. Why does that happen? We don’t know. We do know, however, a lot about the causes of psychiatric conditions. Several of them have a strong hereditary component — they run in families. Certain kinds of childhood experiences and later traumas have an effect. Sometimes people with certain genes can become ill only under certain circumstances.