Evil in Search of a Metaphor- Camus and Job II

Evil as Self: The Fall

As evil as is the deadly plague, or an uncontrollable monster, it’s at least external. With The Fall, Camus tackles the idea of evil as guilt, shame, and complicity within. As we begin to read this book of one grand narcissistic monologue, we meet our genial narrator. He introduces himself to his unnamed new friend:

“But allow me to introduce myself: Jean-Baptiste Clamence, at your service. Pleased to      know you. You are in business, no doubt? In a way? Excellent reply! Judicious, too: in all things we are merely ‘in a way.’ Now, allow me to play the detective.”

After they meet in Mexico City, a Dutch bar, Jean-Baptiste regales his friend with the story of his life. Especially the story, which, in spite of his loquaciousness, haunts him. Returning home from a successful day of legal work, Jean-Baptiste crosses the Seine on the deserted bridge, the Pont des Arts, and, at 2:00 a.m. prepares to light “a cigarette of satisfaction,” when

“A laugh burst out behind me. Taken by surprise, I suddenly wheeled around; there was no one there. I stepped to the railing; no barge or boat. I turned back toward the island and, again, heard the laughter behind me, a little farther off as if it were going downstream. I stood there motionless. The sound of laughter was decreasing. But I could still hear it distinctly behind me, coming from nowhere unless from the water…Soon I could hear nothing more…”

“I stood there motionless,” he says. Frozen in inaction, he knows what happened. Later, try as hard as he can to not hear it, however, he nevertheless cannot escape the laughter of someone in the water, drowning, coming from under his apartment windows. He also sees himself in his mirror, “but it seemed to me that my smile was double.” As a good barrister, able to prosecute himself, he entertains his culpability. But, he seems to believe that he’s someone quite different. After he tells this story, he reveals himself, who he is.

“I have to admit it humbly, mon cher compatriote, I was always bursting with vanity. I, I, Iis the refrain of my whole life and it could be heard in everything I said. I could never       speak without boasting, especially if I did so with that shattering discretion of which I      was master.”

Jean-Baptiste talks endlessly about his life, his women, and his life as a lawyer until, in the next to last paragraph, he turns on his “friend” with the thought that he, the friend, may be a policeman who will arrest him for the crime of stealing a painting (guilt?). Jean-Baptiste, however, has worked out how, legally, he can escape punishment; but even if convicted, and he goes to the guillotine, “I’d have no more fear of death; I’d be saved.” Again revealing his narcissism, even in this case, he says, “Above the gathered crowd, you would hold up my still warm head, so that they could recognize themselves in it and I could again dominate—an exemplar.” Even in a ghastly death, Jean-Baptiste Clamence shines.

The point of Jean-Baptiste’s seemingly endless monologue remains unclear until the end. There he reveals he has sought to save himself (from shame?) by ensnaring “mon cher compatriote.” When Jean-Baptiste discovers his friend is not a policeman, for example, but like him a lawyer, in the book’s final paragraph, he asks,

“Are we not all alike, constantly talking and to no one, forever up against the same questions, although we know the answers in advance? What happened to you one night     on the quays of the Seine and how you managed never to risk your life. You yourself        utter the words that for years have never ceased echoing through my nights and that I    shall at last say through your mouth: “O young woman, throw yourself into the water      again so that I may a second time have the chance of saving both of us!” A second time, eh, what a risky suggestion! Just suppose, cher maître, that we should be taken literally? We’d have to go through with it. Brr…! The water’s so cold! But let’s not worry! It’s too late now. It’ll always be too late. Fortunately!”

“Are we not all alike…?” he asks. Through his patter, Jean-Baptiste seduces his friend to share complicity in the victim’s death, thus to share his guilt, shame and cowardice. And, as you and I read, we also allow him to co-opt us. With him we rationalize our fear to preclude the one courageous action, which would save him and us. But Jean-Baptiste’s last word unmasks his cowardice. What relief Jean-Baptiste feels that he no longer needs to entertain risk to himself!

For Camus, evil confronts us not only as a menace external to ourselves, but also insidiously as the enemy within—our self. Through Jean-Baptiste’s narcissism and through Job’s narcissistic expectation of control (“I’m righteous; I should be blessed!”) we also confront our own narcissism. Evil confronts us as the uncontrollable march of death: diseased rats, disasters, natural and man-made that thwart our success in life, but also the self-absorbed coward. The plague is closer to Job’s images of evil (Behemoth and Leviathan) than is the fall. But by The Fall, does Camus mean only (?) the woman’s fall into the Seine, or does he also mean The Fall as the primal sin of the self-absorbed and the self-excusing of Genesis 3? 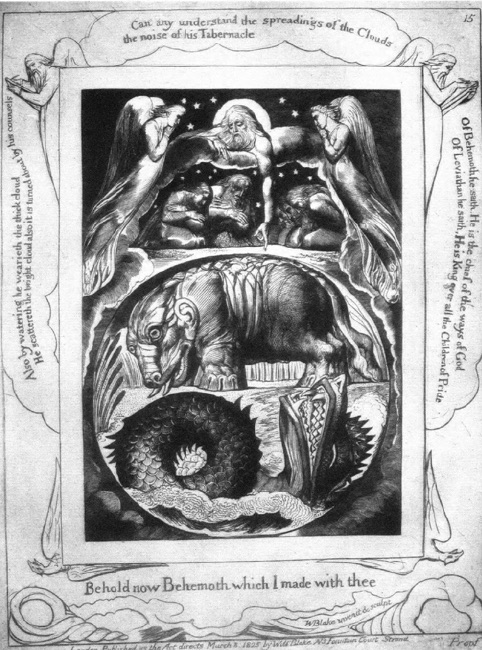 What do we do about evil?

What do we do about Evil? Using The Plague and Behemoth/Leviathan metaphors, we’re tempted to say, “Nothing. We’re helpless against the forces of evil. They are beyond our control.” If so, we’d be only half right. Understanding evil, and marshaling resources in some cases may give us opportunity to reduce its’ effect, even prevent its occurrence. We attempt to prevent crime and mitigate disaster all the time through our police and the Red Cross.

But we can also change our expectations. We learn from Camus, “It can happen to me.” I (my family, city, nation, etc.) am not exempt. Life is full of imponderables and, as our headlines reveal, some people are bent on our destruction. In the midst of success, disaster, murder, and loss happened to Job. It can happen to me; it can happen to you.

With The Fall, we dig deeper. We mitigate evil by acting courageously on behalf of others. We may need to risk our life–even lose it. If we hesitate, we can admit out complicity in evil, our guilt, and our shame. Unlike Jean-Baptiste, we can forego the need to make ourselves look good. With Genesis 3, we recognize evil in our disobedience to God—and in our shifting blame. We need not seek to implicate others, but take responsibility for our actions.

Gordon Grose loves most to write, speak, and preach on the message of hope from the book of Job. Using drama, video, and PowerPoint, he has preached and presented this message of hope to churches around the country. Grose pastored three congregations 25 years, then served 12 years as a pastoral counselor in a Portland, Oregon counseling clinic. He now serves with Good Samaritan Counseling Services, Beaverton, OR. A graduate of Wheaton College (IL), Gordon-Conwell Theological Seminary, Brandeis University, and Boston University, he comes from a rich and varied background in theological and counseling training. In 2015, Gordon published Tragedy Transformed: How Job's Recovery Can Provide Hope For Yours, a book about turning to Job for hope after tragedy. If you have experienced life challenges or personal tragedy, visit his Transforming Tragedy (gordongrose.com) blog to learn more. TragedyTransformed.com provides a sample of Gordon's speaking as well as an opportunity to purchase copies of his book.
View all posts by Gordon Grose →
This entry was posted in Friend of Job. Bookmark the permalink.