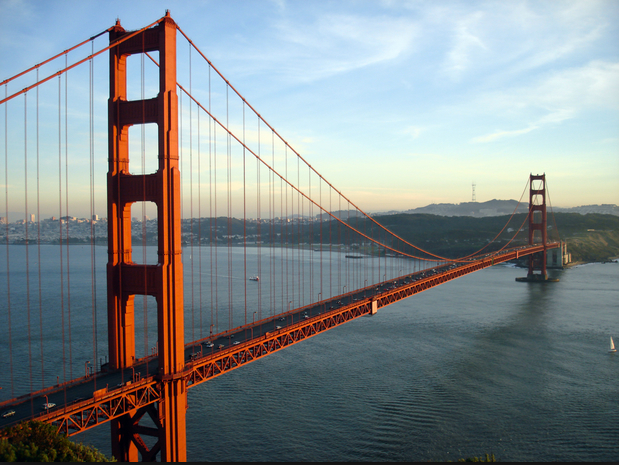 According to the nonprofit Bridge Rail Foundation (BRF), more people took their life from the Golden Gate Bridge in 2013 (46) than in any other year since 2000, when the group began keeping records. Mary Currie, spokesperson for the Golden Gate Bridge and Highway District, confirmed that number. Currie also reported that police intervened to stop an additional 118 people from jumping.

The Bridge spans 4200 feet and extends 220 above the entrance to San Francisco Bay. The Golden Gate is one of the most frequently chosen sites for people to end their lives. Dayna Whitmer, board member with the BRF, wants to see a safety net installed on the bridge.

Police report an increase of suicide attempts during difficult economic times, when business owners fail and people lose their homes. Given the grief people experience as a result of losing their business or home, they decide on impulse, Whitmer believes, to end their life.

“We hate to see any more 17-year olds jump,” Whitmer says, “or 86-year-olds jump, it’s just not right.” She feels a keen sense of responsibility. Matthew Whitmer, her twenty-year old son may have taken his life there in 2007.  She believes a safety net would reduce the number of deaths by saving people from that impulsive decision. “If we can give them the time to get through that crisis, then they can go back and get help or call someone,” she said. Such a net, while it may be effective, costs $66 million.

What Can I Do?

When a family member, friend, or neighbor undergoes a crisis in their business, or home, or personal life, how do we respond? Maybe we need to throw out the safety net much sooner than under the bridge. On the one hand, one maxim for dealing with suicide: If you stop a person intent on suicide, they will find another way. On the other hand, let us not assume that a person who experiences a very significant loss, or a series of losses, can cope alone. We all have a breaking point. Just like the literal net, support that delays can help the person rethink their options. We lose beloved valuable people because their grief leads to shame and despair instead of to survival and hope.

Have you known someone with suicidal thoughts? How did they deal with them? How did you respond to their cry for help? Would you deal with them now differently than you did then? How? Have you been at that point of despair? What did you do to help yourself? Share your thoughts with me and other readers by commenting on the Google Plus form below.