Health Benefits of Spirituality I

When we face crisis, our whole being responds. With not only our possessions, identity, and relationships in jeopardy, our physical health can also deteriorate. Stress upon stress, without relief, creates a physiological response of our hormone cortisol. Designed to cope with danger, enabling fight or flight, cortisol, if produced over a prolonged period, leads to the breakdown of the immune system. We become sick.

In the past several months, I’ve struggled to keep up with my mostly self-imposed responsibilities to write, speak, and teach. Then, since November, I’ve dealt with fainting spells, in only one of which I actually lost consciousness. In addition, my arms developed carpal tunnel syndrome, which, you probably know, comes from repetitive actions–type, type, type. In January and February, I underwent Carpal Tunnel Release Surgery on each wrist that freed me from pain, but left me with a limited range of motion in both arms. So, while my doctor and I are trying to track down the cause of my fainting (medical term: syncope), I’ve also worked with an occupational therapist on my arms. It was as if my body, sensing my overwhelming pressure, simply gave out.

In Job’s case, loss of businesses, employees, and children, all of which represent his identity, along with his hope for the future, leads to a crisis of faith. But instead of blaming God, Job comes down with “painful sores from the soles of his feet to the top of his head,” leading him to scrape himself as he sat among the ashes (Job 2:7). 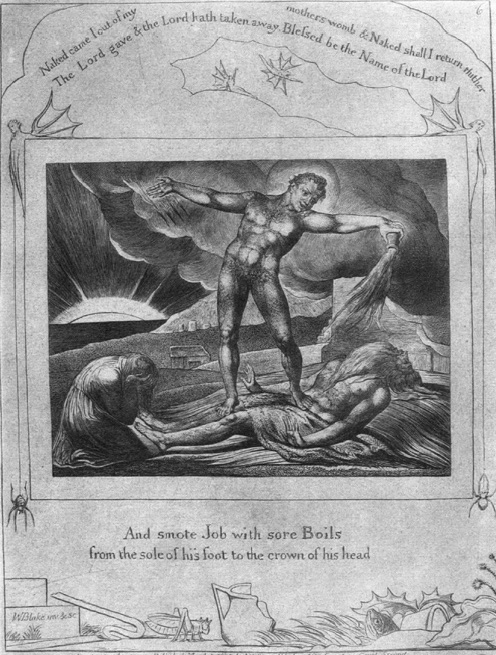 Yet, the expression of this crisis of faith he reveals only later: God is unjust. In the immediate aftermath of his tragedies, he defends God against his wife’s urging to “Curse God and die.” Whether from hostile motive or from her desire to shorten his suffering, Job’s response seeks to shame his wife into silence and to hold God harmless (2:9-10). Job’s illness, however, undermines his neat defense of God, successfully navigated on the surface. “In all this Job did not sin in what he said” (2:10; cf. 1:22).

If, as I believe, the Book of Job is the extended working out of this crisis of faith, then perhaps we find a reciprocal relationship between our spiritual behavior and our physical health. If crisis can lead to a breakdown physically, what about the role spirituality plays in restoring physical health?

Are There Health Benefits of Spirituality?

According to a recent editorial blog, spirituality comprises everything we do to connect us with a higher good (or, I would add, with a higher power) that illumines our true feelings and beliefs. It’s what we turn to when there’s nothing else left, says author Emma Loewe.

Citing the reports of doctors she interviewed, she lists three specific health benefits to spirituality:

1. The Last Piece of The Puzzle. “I have seen firsthand how effective [meditation] can be when a patient is doing everything else right. They are eating a whole food, plant-based diet and exercising daily but still struggle with fatigue, hormone imbalances, etc. Once they start meditating, it’s like their body gets a signal that it’s OK to relax and heal,” says
Dr. Tiffany Lester, medical director at Parsley Health.

2. Familiar Practice Reduces Stress “…patients find great comfort and calm in these [early spiritual] practices [e.g., attending church, synagogue, yoga] but I suspect they also help with stress reduction. I personally find music, whether it’s music from my Jewish heritage like Shlomo Carlebach, kirtan like Krishna Das and Girish, or even spirited gospel to be a great rock and resource,” says cardiologist Dr. Joel Kahn.

3. Prayer, Addressing A Higher Power “Prayer, or speaking to a higher power, can promote wellness both via a higher power’s assistance as well as the belief that a higher power is assisting. Visualization, or imagining yourself being healthy and functioning as you desire, is another popular strategy I’ve seen boost healing,” says Elizabeth Lombardo, Ph.D., author of Better Than Perfect: 7 Strategies to Crush Your Inner Critic and Create a Life You Love

What stresses do you live under? What spiritual practices do you use to reduce stress? How will these suggestions change your habits and help you heal? 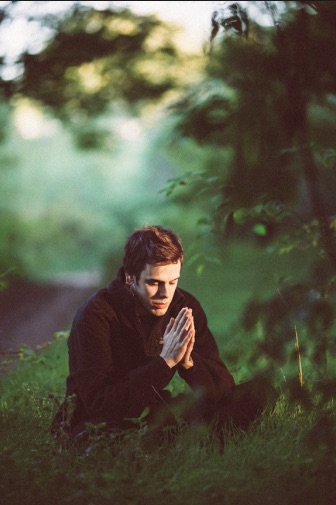 [Sources: Job Plate VI by William Blake. This material is put online to further the educational goals of Liberty Fund, Inc. Unless otherwise stated in the Copyright Information section above, this material may be used freely for educational and academic purposes. It may not be used in any way for profit. JOB is here represented lying on the ground, while Satan stands upon him, pouring fire from a phial, smiting him with sore boils. At the feet of Job, kneels his wife, burying her face in her hands. On the left the sun, with flashing rays, sinks gloomily behind a black sea. The circle of shaded light behind the head of Satan deserves notice, apparently symbolizing, as in the other plates where it occurs, the fact, that to him, for the time, the power of the Lord had been committed to persecute Job: “Behold he is in thy hand, but save his life.” Note also the symbolism of the design around the central piece,—the pitcher broken at the fountain, the grasshopper that is a burden, the broken crook, the croaking frog in slime and weeds, the bat-winged angels each holding a thread from which a poisonous spider depends.

Gordon Grose loves most to write, speak, and preach on the message of hope from the book of Job. Using drama, video, and PowerPoint, he has preached and presented this message of hope to churches around the country. Grose pastored three congregations 25 years, then served 12 years as a pastoral counselor in a Portland, Oregon counseling clinic. He now serves with Good Samaritan Counseling Services, Beaverton, OR. A graduate of Wheaton College (IL), Gordon-Conwell Theological Seminary, Brandeis University, and Boston University, he comes from a rich and varied background in theological and counseling training. In 2015, Gordon published Tragedy Transformed: How Job's Recovery Can Provide Hope For Yours, a book about turning to Job for hope after tragedy. If you have experienced life challenges or personal tragedy, visit his Transforming Tragedy (gordongrose.com) blog to learn more. TragedyTransformed.com provides a sample of Gordon's speaking as well as an opportunity to purchase copies of his book.
View all posts by Gordon Grose →
This entry was posted in Friend of Job, Hope for the Hurting. Bookmark the permalink.