How Do We Transform Tragedy? Interview Part III 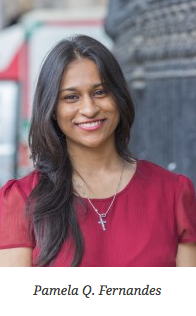 [For the full interview recording with Pamela Q. Fernandes, see my August 17, 2018 blog.]

Gordon: Overcoming negative emotions is important. And you notice in my book, I identify Job’s depression in Chapter 3: He wants to die and he’s very angry with God. He goes through fear, he has five major images of God as hostile to him. “The arrows of the Almighty are in me…My spirit drinks their poison.” Job sees God as an archer, and his body is pierced with poisoned arrows, and his life is seeping out. So he has to go through all of this very, very negative and painful emotions and finally gets to grieve. He doesn’t grieve until Chapter 29: And that’s over half the book. With 42 Chapters, 28 divides the book in two, but Job doesn’t begin to grieve until Chapter 29. And very often that’s true with people: they feel angry. But if you notice, some people will sue the doctor because the doctor operated on their loved ones, and the loved one didn’t survive. They blame the doctor. And it’s easier to get angry and focus all of your energy on the anger toward a specific person, than actually to simply grieve and let go, and realize that your loved one has gone and you could never have done anything to change the outcome.

To grief is very difficult, but sometimes it comes later rather than right away. And of course, all of these feelings can be mixed up. So there’s not a clear-cut, step-by-step process. I heard Elizabeth Kübler-Ross discuss her so-called, “Stages of Grief.” But she says there’s no such thing. “Publishers preferred me to put my ideas into some form which they could organize. But anger and denial and acceptance and depression are not something you bolt from one to the other and you never pull back,” she said. By overcoming negative emotions, walking through the pain and not avoiding it, we find transformation. Also, maintaining social support. People can’t do anything and yet they’re very important. Many times I have sat with a widow who lost their husband, and they poured out their heart at the funeral home or at their own home and after an hour of non-stop grieving, I have felt totally helpless. “What am I going to do to help this person?” I wonder. And they say, “Thank you so much, Pastor. I don’t know what I would have done without you.” Well, I’ve helped them by listening, caring and sitting with them for a long period of time and hearing all the pain. Everything they can think of, that’s so painful.

That takes a little practice and a little training on my part, but it’s worth it to offer that kind of listening ear if you are a person that has some empathy naturally. So decide the time and let people pour out their heart. Maintaining a spiritual life also helps. I think it’s important as a foundation towards transformation because it gives you some stability. If you read my book there’s a passage from Boethius, who lived many centuries ago, and who tried to deal with suffering. The people at that time were dealing with slavery. Each culture would attack and control, and eventually enslave the people next to them. People endured slavery, death, and plague. He wrote The Consolation of Philosophy in order to bring comfort to Christians. He likened life to a big wheel, and at the center is God. The closer we get to the center of the wheel, to the heart, the less change there is, the less circular ups and downs of life. So maintaining a healthy spiritual life is important, a buttress against the vicissitudes of life, personal discipline in reading Scripture, along with a church and small group.

Pamela: Do you think people who have a spiritual life do better than people who don’t?

Gordon: Well, I think so. That’s kind of my own opinion. I certainly think people who go to church also receive a lot of social support because they’ve got a Bible study, they’ve got a prayer group, they’ve got a pastor, they’ve got elders, who, when they learn of your difficulties, will come and support you. So the spiritual life leads to a lot of just plain human contact and support at a time of crisis.

Gordon: Well, I’ve had a life-long love for the book of Job. In 1960 and 1961 I took a course at Brandeis University a Jewish school in Waltham, Massachusetts, and it got me into the book of Job. I just got so excited especially reading it for myself. Well, it lay dormant for many decades, until I gave a workshop on the book of Job at a pastor friend’s church. “You need to write a book on Job,” he said. “No, no, no, I’m not…”, I said.

And after that… Anyway, one thing led to another and I retired from my counseling  ministry at Western Psychological in order to write. And, by the way, the book took me 12 years. So from 2003 to 2015, I was engaged 5 days a week, 3 hours a day in the library putting this together. Again, my life-long love for the book of Job, a difficult book, but I wanted to make the book understandable to modern readers. The structure is complicated, with three friends, each of whom give a speech. Job responds after each speech. Then they do this three times. So it’s very complicated and it’s so easy to get lost. Each of the friends had a different perspective on Job’s suffering, although they share the one assumption that he’s done something wrong. But they also approach it in a different way.

The tone of the book is also very argumentative and people don’t like to read something in which they talk past each other, and they’re angry. Well, for all those reasons people today, I think, just avoid the book of Job. They read a little bit at the beginning and the end. I wanted to make the whole book understandable. It’s much less well-known than say Jesus, or Paul, or Peter. And we have these 42 chapters for the book of Job. So that’s a sizable amount of material that seems to me needs dealing with. And then too, it has have such a powerful, compelling life story. The story in this case  is a compelling drama, this conflict with God, “Will he or won’t he?” Is the big question in the book of Job, will Job curse God and die, like his wife wanted, and like the Satan said he would, predicted he would, “If you take it all away from him. He’ll curse you to your face.” Well, does he or doesn’t he? And the book has Job on the edge all the time. He’s just so close to doing that, and yet he never does.

And finally, the experience of meeting God, in which Job unexpectedly meets God when God decides to confront him. And Job had tried every trick, every means possible to bring God face-to-face with him, all to no avail. Then God speaks! Isn’t that the way God will work as well for us? We try our best human efforts to manipulate God and other people; we love to manipulate circumstances, to control our life, and nothing works. But when we give up and yield and surrender, then God moves in an unexpected way in our life.

So those are the reasons that it was a very personal choice on my part, but basically, because I’ve had a life-long love for the book of Job Job since 1960-1961.