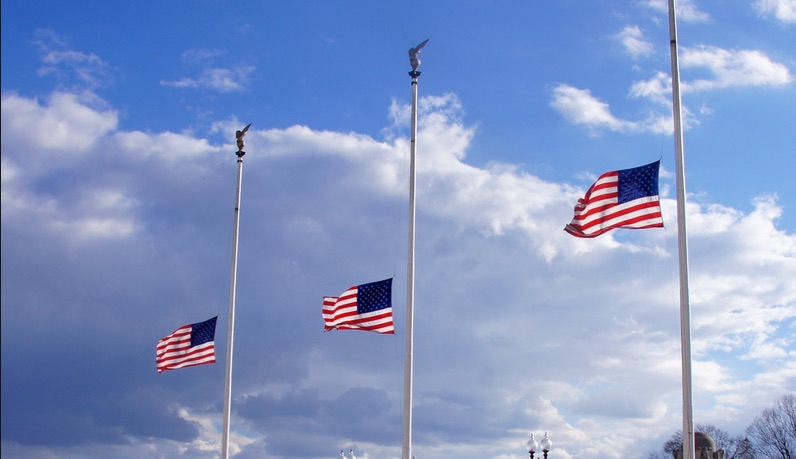 Tragedy happens all around us. Last week a man gunned down four of our US Marines at two US Navy training centers in Chattanooga, TN. One sailor later died.  Five families and military brothers (and sisters) mourn. In their honor, flags fly at half mast. We’ve heard the verdict in the James Holmes murder trial: sane, guilty of murder.  Holmes killed 12 people in an Aurora, CO, theater, wounding many others.  It’s hard to read the “News” without thinking that it really means “bad news.”

If we survive tragedy, we’re left with the task of picking up the pieces of our life and with surviving in a changed, sometimes impoverished, environment. We can respond in many different ways. As I said in my July 10 blog, we can, like Job, tough it out, act like nothing has changed, and lean hard on our relationship with God. While that works for some people, or works for a time, eventually, reality may catch up. Then, despair sets in. Job expressed that also.

With support, critical for anyone in crisis, we may strike out by a third way, with a lawsuit. Someone is to blame for my tragedy. The doctor misdiagnosed my loved-one, or “didn’t catch it in time.” The company or homeowner where I fell neglected proper safety precautions. In 2011, Malcolm McDowell starred in the movie, Suing the Devil. When loss of a job and the death of his mother overcomes the hero, played by Tom Sizemore, he sues the one responsible. McDowell makes an excellent devil.

Job also undertook such a lawsuit–against God! His three friends misunderstood the reason for his losses of businesses, employees, health and wealth. Like many observers of others’ tragedies, they assume that Job himself was responsible through personal sin. And like many people today, they also show a remarkable lack of empathy. But they stay with him, listen, and enable him to develop a plan. With his goal of justice (he was innocent, these tragedies unfair) Job would sue. He debates with himself and his friends about the advisability of such a step in Chapter 9. His suit climaxes at the end of chapter 31. There he submits his signature for God’s response. Thinking God must respond either to punish of exonerate him, he rests his case.

But it’s not until Chapter 29 that Job’s sadness seeps out. Even before the climactic chapter laying out Job’s legal challenge, Job begins to feel sadness. The fourth way Job deals with his tragedy is mourning. In Chapter 29, after the first half of the book, he expresses profound sadness at the loss of God’s presence. He extends his sadness into the next chapter, where, in contrast to his former exalted state, he describes his present abject social humiliation. Job at last gets real. Later, in a personal audience with Him, God also gets real.  He provides Job important perspective to help Job, and us, face tragedy.

When you’ve experienced tragedy, how have you responded? Did you try to tough it out, plunge into despair, construct someone to blame and sue, or mourn your deep loss? Only the last promises to provide genuine long-lasting relief. It may also provide, like with Job, God’s personal presence.