What We Learn From The Death of Kobe Bryant 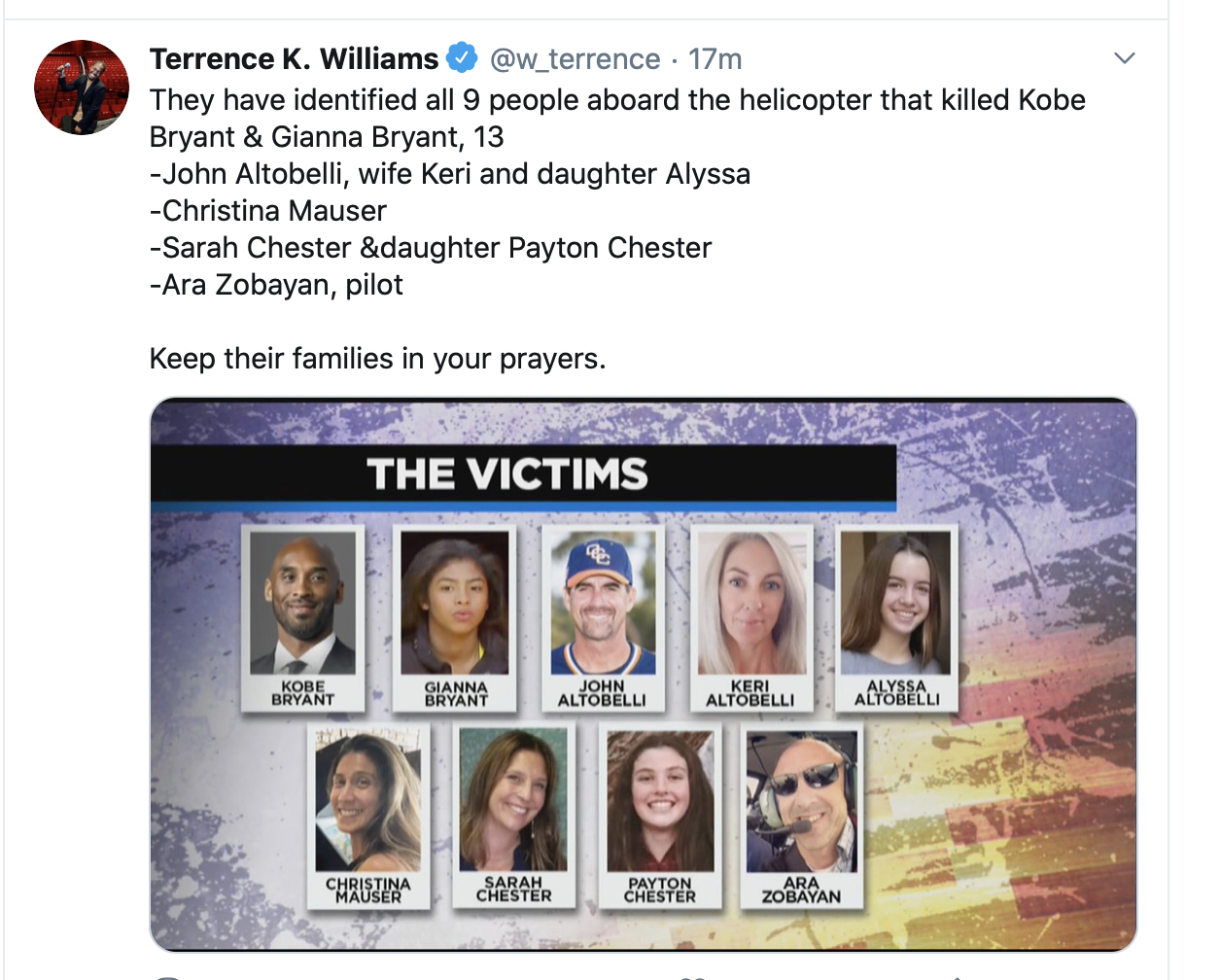 Kobe Bryant, his daughter Gianna, and seven others die 1/26/20

All of us, especially those in and close to the NBA and the sports world, felt shocked to learn of Kobe Bryant’s death. The long-term star of the LA Lakers, along with his 13-year old daughter Gianna, perished in a helicopter crash in Calabasas, CA. They weren’t the only victims, as seven others, including the pilot, died as well. Tributes poured in. The Lakers postponed one game with the LA Clippers in honor of Kobe and to allow the team and organization to mourn.  The death of Kobe has touched many thousands. To many the news seemed impossible to believe. “The NBA family is devastated by the tragic passing of Kobe Bryant and his daughter, Gianna,” NBA Commissioner Adam Silver said. At the news, fans and celebrities exploded with grief on social media. A basketball superstar, Kobe Bryant was 41. I want us to look at what we learn from death of Kobe Bryant.

Bryant’s 2003 rape accusation tarnished his professional image, and he sought counsel from his Roman Catholic faith. He apologized in 2004, including to the other person involved, and took steps to rebuild his life. In a 2015 issue of GQ Magazine he described his meeting with a priest, who asked, “‘Did you do it?’ And I say, ’Of course not.’ Then he asks, ’Do you have a good lawyer?’ And I’m like, ’Uh, yeah, he’s phenomenal.’ So then he just said, ’Let it go. Move on. God’s not going to give you anything you can’t handle, and it’s in his hands now. This is something you can’t control. So let it go.’ And that was the turning point.”

After his retirement, Kobe continued to teach basketball to young people. “Coaching youth sports is so important to take very seriously,” he said, “because you’re helping the emotional [development] of young kids.” Coaching involves tolerance for others’ errors:  “It’s understanding not to be overcritical and understanding that [there] are going to be mistakes.” Kobe also began writing books. “You got to do what you love to do,” he said. “I love telling stories. I love inspiring kids or providing them with tools that are going to help them.” 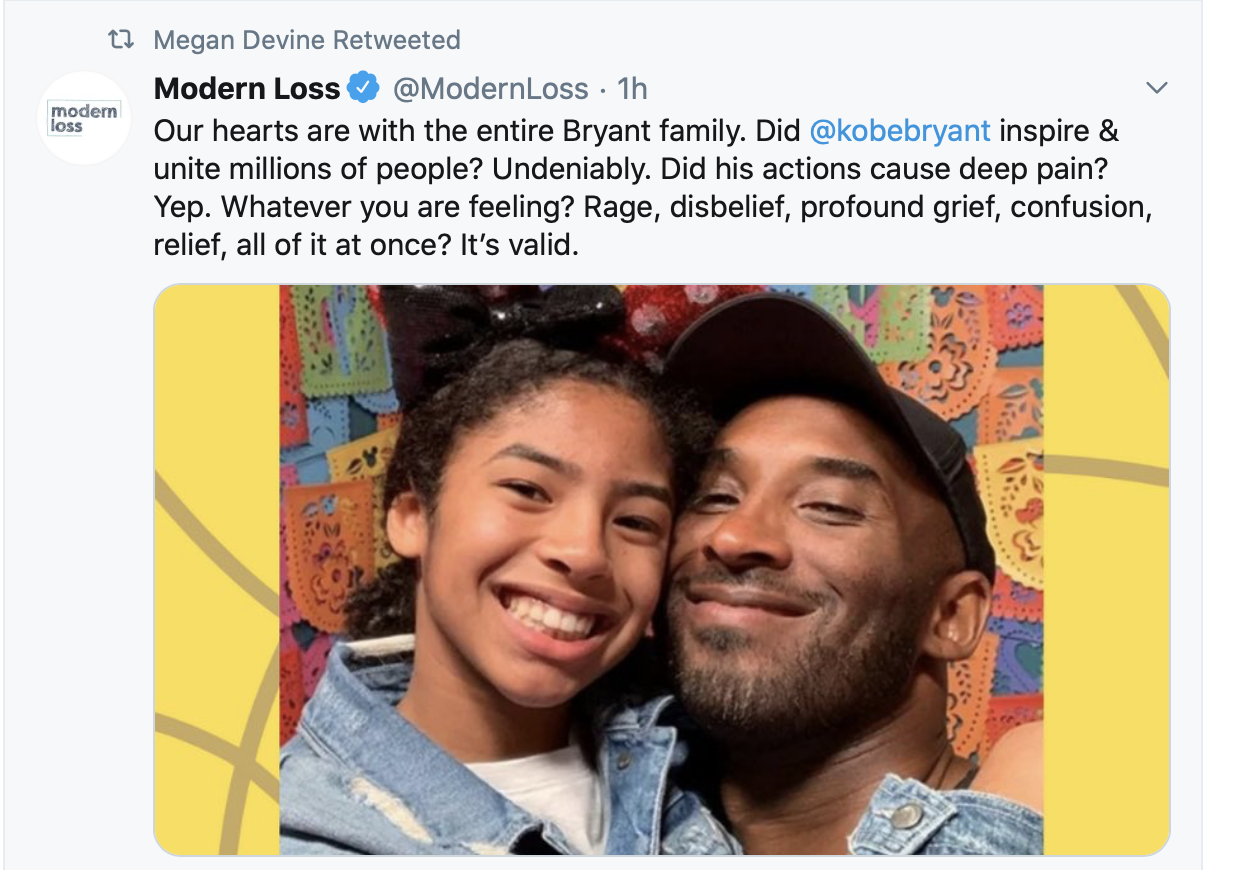 The Impact of The Death of Kobe

The loss of such a high-profile figure such as a sports star confronts us all at the deepest level of our being. If the death of Kobe happened so unexpectedly, maybe it can claim me! That loss, therefore, faces us with what we seek to avoid at all costs: our death. As I discussed in an earlier blog, we avoid the D word, (https://www.gordongrose.com/death-we-dare-not-speak-your-name/). We no longer (in the west) conduct a funeral. We celebrate the life of the deceased with memorial services, without a body because this represents the wishes of families and sometimes the deceased.

How The Death of Kobe Affects Us

But now, it seems, with the death of Kobe, all of our efforts to avoid the unpleasantness of death comes to naught. As a student of the Ancient Near East and of Biblical history, I find the struggle with death universal through the centuries. Usually, we die reluctantly, unwilling to yield to its inevitability. Yet, every living organism dies. It’s born, grows, reproduces, declines, and dies. Can you think of an exception?

In fact, Scripture is realistic in the face of death. “A voice says, ‘Cry out,’ and I [Isaiah] said, ‘What shall I cry?’  [The Lord answers:] ‘All men are like grass, and their glory is like the glory of the flowers of the field. The grass withers and the flowers fall…but the word of our God stands forever'” (Isaiah 40:6-8 NIV). If it’s immortality we seek, we’re sadly mistaken to think it comes in this natural life. Like flowers that bloom, we bloom; like flowers that fall, we fall. What, then, do we learn from the death of Kobe Bryant?

What we learn from The Death of Kobe Bryant: