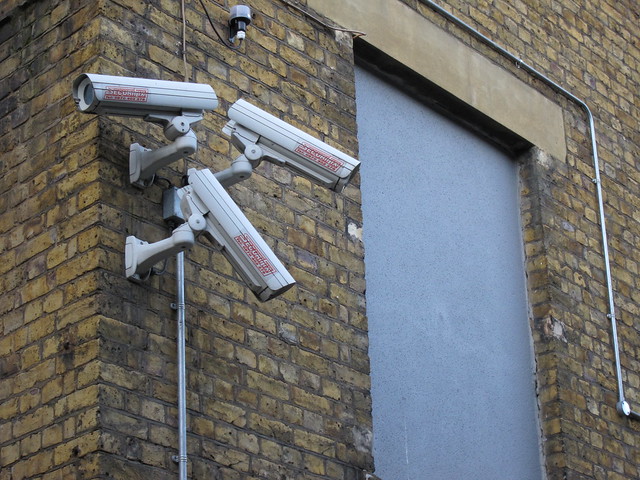 People with paranoid fear believe others are constantly watching them. Carl Johnson felt afraid of people, who talked behind his back, and who were out to get him (See blog “Treatment of Paranoia,” December 2, 2016), but he had one thing going for him–he was a Christian. He went forward at a Billy Graham Crusade, received baptism, and attended a church which provided him prayer support from the men. Some might think that his Christian faith could and should have prevented his severe symptoms, but that does not always happen. Often even Christians must struggle with the same difficulties as everyone else. Carl, for example, persisted in his belief that his pastor personally attacked him in each Sunday sermon. He needed reassurance from the pastor each week that this was not so.

In fact, Carl’s fear colored his Christian faith. As a result, he believed, just like he saw the other people in his life against him, God also meant to punish him, intent on condemning him to hell.

As God’s providence worked out in his life, Carl found a professional counselor also seminary-trained in Scripture. That enabled Carl to bring into therapy his worst fears and the most damning (to him) Bible passages he could find to support his fear. Remember The Unpardonable Sin? Well, Carl believed he had committed it. God, therefore, could not forgive him.

Although someone with paranoid fear finds trusting others almost impossible, Carl found someone who practiced patience with him, and who helped him interpret those most damning Scriptures in their context. That enabled Carl to look at other possible alternative interpretations. He persisted for over a decade with seeing his therapist. Over that time, he needed hospitalization only once. Keeping a patient with severe symptoms out of the psychiatric unit saves the hospital, insurance company, society, and the family enormous amounts of money and emotional distress. Although Carl’s progress was limited, for him it was significant.

After terminating therapy, Carl reported that he felt “a thousand times better” as he recalled what he had learned in his work with his therapist. You can read more of his story in “Am I Crazy?”, Chapter 4 of my book Tragedy Transformed.

[Photo: https://www.flickr.com/photos/criminalintent/4492951143 Tragedy Transformed: How Job’s Recovery Can Provide hope For Yours available at www.tragedytransformed.com and at Amazon.com]

Gordon Grose loves most to write, speak, and preach on the message of hope from the book of Job. Using drama, video, and PowerPoint, he has preached and presented this message of hope to churches around the country. Grose pastored three congregations 25 years, then served 12 years as a pastoral counselor in a Portland, Oregon counseling clinic. He now serves with Good Samaritan Counseling Services, Beaverton, OR. A graduate of Wheaton College (IL), Gordon-Conwell Theological Seminary, Brandeis University, and Boston University, he comes from a rich and varied background in theological and counseling training. In 2015, Gordon published Tragedy Transformed: How Job's Recovery Can Provide Hope For Yours, a book about turning to Job for hope after tragedy. If you have experienced life challenges or personal tragedy, visit his Transforming Tragedy (gordongrose.com) blog to learn more. TragedyTransformed.com provides a sample of Gordon's speaking as well as an opportunity to purchase copies of his book.
View all posts by Gordon Grose →
This entry was posted in Mental Illness. Bookmark the permalink.