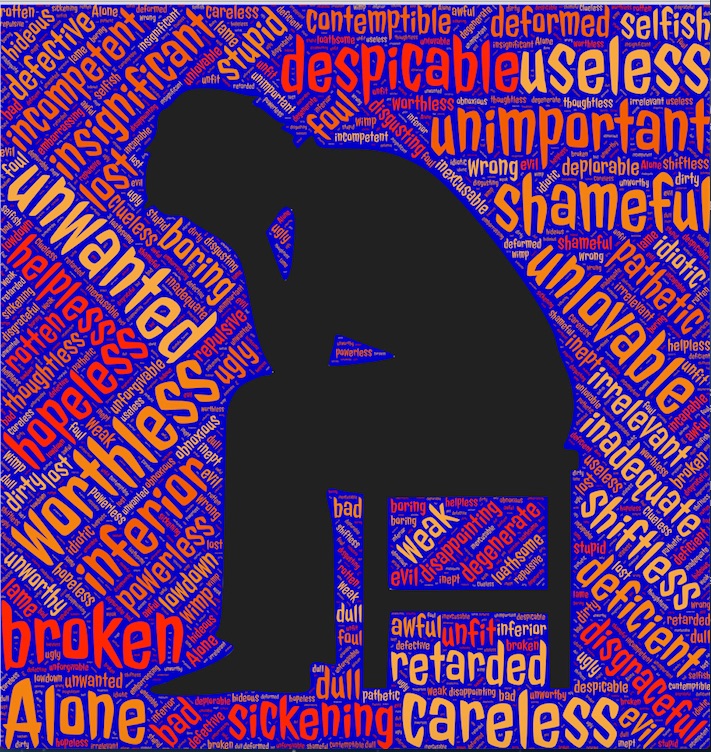 According to statistics released by the Depression and Bipolar Alliance (DPA):

What is Bipolar Illness? (Manic Depression)

In manic depression, the person’s mood swings between periods of depression and periods of extreme elation. Because this mood alternates between two poles, it’s now called bipolar disorder.

Persons with bipolar illness experience episodes of euphoria (expansiveness or irritability), with an inflated self-seteem or grandiose thinking and pleasurable, but risky behaviors, including sexual indiscretions and overspending. Ideas will skip sequence, the person is talkative, and more goal-directed than usual.  Kathyrn Greene-McCreight, a Christian who serves as a priest in the Episcopal church, describes her mania:

My method of dealing with bipolar energies was to dance with my daughter, who would would look at me with unbelieving delight, expecting a depressed mommy. I would garden. I would play the piano and sing at the top of my lungs all the show tunes I knew. This got rather loud and annoyed the children. I would avoid stores and thus the temptation to overspend. But being disciplined with oneself during this stage is very difficult; mania is almost defined by lack of discipline.

In her book, listed below, she examines her illness in the light of Scripture.

DSM-5, the updated standard by which clinicians diagnose mental disorders, devotes a separate chapter on bipolar and related disorders, and places it between depressive disorders and schizophrenia disorders. Bipolar I disorder represents classic manic depressive disorder (a full manic episode), except that neither a depressive episode nor psychosis has to be present for diagnosis.

Bipolar II disorder and cyclothymic (rapid cycling) disorder. In Bipolar II, the person has recurrent major depressive episodes with hypomania (less than a full manic episode). In this chapter there are now separate diagnostic criteria for “manic-like phenomena” associated with the use of substances (either substances of abuse or prescribed medications) or with medical conditions.

The major critique of the new classification focuses on its dependence on consensus rather than on objective criteria (Angst).

If you see yourself in these symptoms and you have not been diagnosed, you need to check it out with your primary care physician, pastor or counselor.  Like Greene-McCreight, Christians struggle with mental illness just as they do with physical illness. Jesus seeks your healing.

Gordon Grose loves most to write, speak, and preach on the message of hope from the book of Job. Using drama, video, and PowerPoint, he has preached and presented this message of hope to churches around the country. Grose pastored three congregations 25 years, then served 12 years as a pastoral counselor in a Portland, Oregon counseling clinic. He now serves with Good Samaritan Counseling Services, Beaverton, OR. A graduate of Wheaton College (IL), Gordon-Conwell Theological Seminary, Brandeis University, and Boston University, he comes from a rich and varied background in theological and counseling training. In 2015, Gordon published Tragedy Transformed: How Job's Recovery Can Provide Hope For Yours, a book about turning to Job for hope after tragedy. If you have experienced life challenges or personal tragedy, visit his Transforming Tragedy (gordongrose.com) blog to learn more. TragedyTransformed.com provides a sample of Gordon's speaking as well as an opportunity to purchase copies of his book.
View all posts by Gordon Grose →
This entry was posted in Mental Illness. Bookmark the permalink.