A Christmas Story I 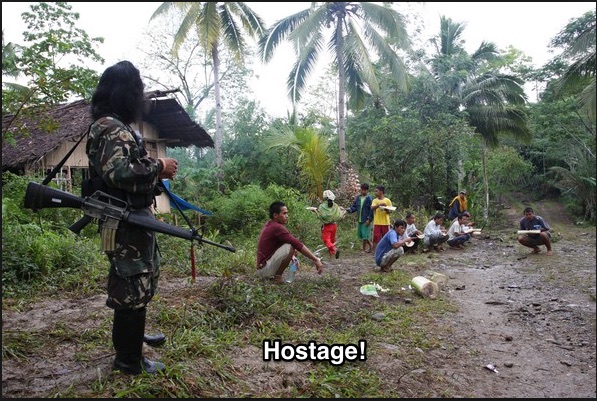 [Note: This story is true. I have changed or omitted names, places, and details to protect the lives of innocent people.]

Four groups vie for control of this failed state: (A) a military, (B) a coalition of armed forces from border nations, (C) an international group of peacekeepers, and (D) a group of grass-roots youth who arose to protect the country from perpetrators of an earlier coup. A recent government has established itself, but without money and a weak infrastructure it finds maintaining control difficult. A, B, and C work together to bring stability. D does its own thing, but is supported by a recently deposed leader. B is mandated to disarm D, creating tension.

After an hour, on a twelve-hour trip, Betty’s van with many people inside and important cargo on top meet a roadblock set up by D. Because they were seen, they decide to approach. Surrounded by an angry militia, they learn B had entered their territory and killed one of their men. There would be no more traffic: Betty and her party were now hostages. If D loses another man, they would also be killed.

Betty’s party entered a jungle  for a couple of miles, passing a religious outpost with few people, and a group of C hostages also being taken to their captor’s village. They were told to park, lock the car, and give them their cell phones. Because they never directly asked Betty, she kept hers. In spite of verbal threats, they were not harmed. Leading the way, with the captors in the back, Betty turned off her phone, so it wouldn’t ring. When their party met with the C hostages, the captors kept Betty and the others walking until they figured out what to do with them. One group was instructed to sit, while the three women followed them back to the cars.

They walked past the cars and the village to a river, while hearing threats in a language Betty understood. At the river, they sat and ate a raw, sweet root their captors provided. “That was nice of them!” Betty says. Now the captors again asked for their phones and checked their purses. Betty had not been the only one to keep her phone! Deciding to speak up so their captors wouldn’t think Betty was plotting against them, she spoke their language. Surprised, they understood Betty to be less alien than they thought.

After crossing the river, they heard sounds of fighting on the road where they had been. “God gave me peace about being right where I was,” says Betty. “I knew that, even if no one else could find us, His eyes knew our exact GPS coordinates!” In addition, “I also knew that, should I die,” said Betty, ” I would be in heaven, safe in Jesus’ arms.” Betty, therefore, prayed for the family she would leave behind, and the other women in the party. “And I was asking God to use me even then and there as His witness.” Nevertheless, “I’m not sure I’ll ever look at a machete or a dagger the same way again!” she says. 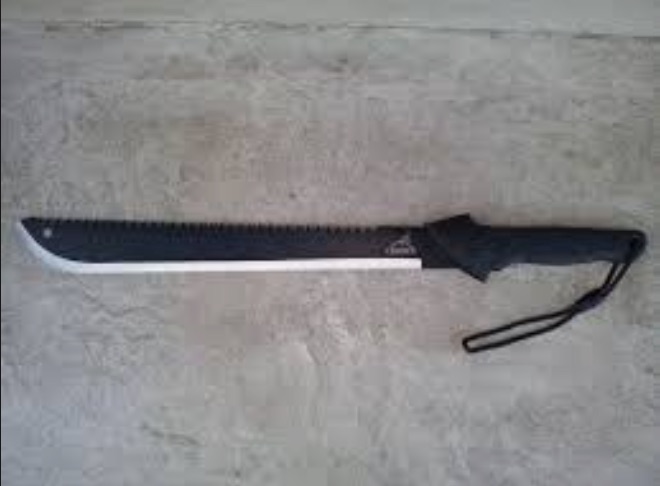 Gordon Grose loves most to write, speak, and preach on the message of hope from the book of Job. Using drama, video, and PowerPoint, he has preached and presented this message of hope to churches around the country. Grose pastored three congregations 25 years, then served 12 years as a pastoral counselor in a Portland, Oregon counseling clinic. He now serves with Good Samaritan Counseling Services, Beaverton, OR. A graduate of Wheaton College (IL), Gordon-Conwell Theological Seminary, Brandeis University, and Boston University, he comes from a rich and varied background in theological and counseling training. In 2015, Gordon published Tragedy Transformed: How Job's Recovery Can Provide Hope For Yours, a book about turning to Job for hope after tragedy. If you have experienced life challenges or personal tragedy, visit his Transforming Tragedy (gordongrose.com) blog to learn more. TragedyTransformed.com provides a sample of Gordon's speaking as well as an opportunity to purchase copies of his book.
View all posts by Gordon Grose →
This entry was posted in Death and Dying, Holidays, Hope for the Hurting. Bookmark the permalink.