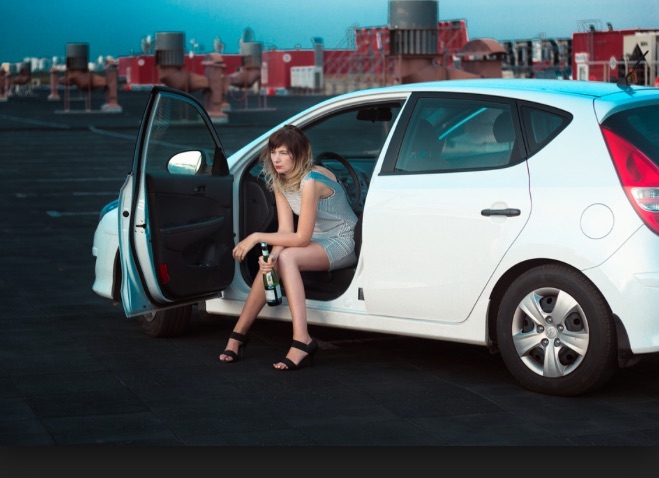 From as early as eight years old, Sarah loved beer. She took her first sip at age six, first stole it at seven. In Blackout: Remembering The Things I Drank to Forget (Grand Central, 2015), Sarah Hepola, personal essays editor at Salon.com, shares with rare vulnerability and wit how using alcohol spiraled her life downward. She also details how, slowly, she began to take control so that, in the end, she rediscovered the person alcohol buried. In previous blogs, I detailed how her blackouts embarrassed her, but also motivated her to begin her long journey into sobriety. Here are some lessons her experience taught her.

For someone who always had wanted to play guitar, after sobriety Guitar lessons added to her sense of self-fulfillment, another experience of “a natural high” (211). Sobriety helped “knock a few false prophets out of me. Alcohol. Other people’s approval. Idealized romantic love. So what should I worship now?” she asks (212).

Worship? Slowly, AA kept something in front of Sarah: God. The thought made her cringe, or, in her words, “squirm” (212). She resisted AA because they spoke of a “higher power.” “Even the major work-around of a ‘God of my understanding’ was way too much God for me.” In her experience, conservative Christians struck her as less than charitable. Traditional religion’s “winner-take-all” attitude of I go to heaven, and you do not puzzled her. The lesson she learned from college: religion was the opium of the masses. “God was for weak people who couldn’t handle their own lives.” After a while, however, it dawned on her that, “actually, I was a weak person who couldn’t handle my own life, and I probably could use all the help I could get” (212).

The idea of a higher power, like sobriety, developed slowly. Rather than a “spectacular, flailing jump,” hearing others’ stories helped her inch, tentatively, in that direction. “When I met the eyes of a person in pain, I was lifted out of my own sadness, and the connection between us felt like a supernatural force I could not explain. Wasn’t that all I needed? A power bigger than me?” (213)  After sorting through her experience and that of many others she met, she concludes: “Whether God exists or not, we need him. Humans are born with a God-shaped hole, a yearning, a hunger to be complete” (213).

After having to ask her veterinarian friend Jennifer to help her with Bubba, her dying cat, she came to a stark realization. “The pain of his loss was enormous, but I never once thought: Drinking would make this better. You know what this horrible day calls for? Booze. I finally understood alcohol was not a cure for pain; it was merely a postponement” (216).

“AA reminds you how much of our stories are the same,” Hepola says. “This is also what literature, and science, and religion will remind you as well. We all want to believe our pain is singular—that no one else has felt this way—but our pain is ordinary…It means we are not unique. But it also means we are not alone” (229). After an encounter with a drinking woman whom Hepola impressed (“it’s clear you know who you are”) Hepola reminds herself and her reader that “these conversations are good for me, they deliver me from my own sorrow. They remind me of my usefulness. They keep me from forgetting. How I got here, how I climbed out. I forgot too many things for too long. Not just what we did last night, but who I was, where I wanted to go, I don’t do that anymore. Now I remember” (230). For all of Hepola’s candid accounts of her sexcapades, she reveals the downside of alcohol better than most. Hepola shows how alcohol helped her hide Sarah from herself.

A Lesson for Me

Given Hepola’s experience with “less than charitable” Christians, I understand her fear of God. So, it’s important for me to demonstrate toward others in my attitude a Christ-like, self-sacrificing love. What else can overcome the perception, shared by many people, of our haughty “winner-take-all” theology?

Gordon Grose loves most to write, speak, and preach on the message of hope from the book of Job. Using drama, video, and PowerPoint, he has preached and presented this message of hope to churches around the country. Grose pastored three congregations 25 years, then served 12 years as a pastoral counselor in a Portland, Oregon counseling clinic. He now serves with Good Samaritan Counseling Services, Beaverton, OR. A graduate of Wheaton College (IL), Gordon-Conwell Theological Seminary, Brandeis University, and Boston University, he comes from a rich and varied background in theological and counseling training. In 2015, Gordon published Tragedy Transformed: How Job's Recovery Can Provide Hope For Yours, a book about turning to Job for hope after tragedy. If you have experienced life challenges or personal tragedy, visit his Transforming Tragedy (gordongrose.com) blog to learn more. TragedyTransformed.com provides a sample of Gordon's speaking as well as an opportunity to purchase copies of his book.
View all posts by Gordon Grose →
This entry was posted in Friend of Job, Hope for the Hurting, Recovery. Bookmark the permalink.