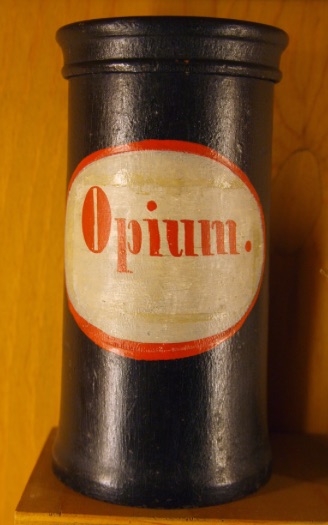 After posting my last blog (What Opioid Crisis? 9/1/17) about the skyrocketing deaths from overdoses of heroin, I came across new information, this time on the synthetic opioid fentanyl.

Although heroin overdoses continue to present a serious health problem, annually killing an estimated 15,400 Americans, overdoses from all drugs now rank #1 as the leading cause of accidental death for Americans under 50. The Centers for Disease Control in a preliminary calculation reported  that deaths by drug overdoses increased over 22 percent in 2016. They killed over 64,000 of our citizens. The Drug Enforcement Agency issued new guidance to police departments across the country in June on how to handle heroin.

When the government cracked down on doctors overprescribing pain medications such as OxyContin, Vicodin and Percoset, the number of deaths by drug overdoses leveled off.  Some people, however, already addicted, sought more potent drugs, such as heroin. That process has now accelerated again so that overdoses by fentanyl, more powerful even than heroin, increased. Fentanyl, a painkiller roughly 50 to 100 times more powerful than morphine, represents a class of synthetic drugs helping to balloon our American drug epidemic. In 2016, it overtook heroin as the deadliest substance in the U.S. Synthetic opioids, including fentanyl and its analogs, claimed roughly 20,100 lives in 2016, up from 9,945 in 2015.  Fentanyl is also fueling increased cocaine deaths as dealers, to make more money and provide a better high, cut the fatal painkiller into their cocaine supplies. Now, addicts have begun using opioids like the elephant tranquilizer carfentanil that are even stronger than fentanyl.

The numbers, unfortunately, trend upward. Driven primarily by fentanyl, deaths from overdoses rose from 33,000 in 2015 to nearly 50,000 in 2016. The STAT Analysis Corporation (STAT), a full-service environmental and industrial hygiene laboratory in Chicago, Il, predicts the annual death toll from opioids will rise roughly by another 35 percent  between 2015 and 2027. Their research predicts that up to 500,000 people could die from opioids over the next decade.

The ease with which a person can become addicted and the difficulty of treatment, including cost, makes this a problem almost impossible to solve. As a nation, we’re out of control. Using illegal drugs to control physical or emotional pain, to escape from reality, or to keep up with the overbearing pressures of work, as do countless employees in Wall Street firms and in the West Coast tech industry, continues to create addicts faster than we can rehab them. If, that is, anyone wants rehab. The costs of obtaining such drugs, not only financial, but the secrecy, shame, and fear of discovery, add to the weakening of our ethical, moral, and spiritual fiber. Profits accrue to murderous drug cartels.

How do you see this problem? How have drugs affected you or your family? What suggestions would you make to address the issue?